Interview with Alec Mansion on his boogie masterpiece LP (1983)

In addition to the great interview conducted by our colleagues from Music Is My Sanctuary that you can read here, we also wanted to have a word with Belgium Boogie master Alec Mansion on his masterpiece album released on WEA Records in 1983.

What are the reasons leading you to produce « Laid Bête et Méchant »?

After my first album “MICROFILMS”, my producers Marc Moulin and Dan Lacksman came back from Paris with a contract at WEA (Warner Electra Atlantic). I was really inspired, at the time, by American music that I had discovered when I was in Chicago and Montreal.

I was particularly attracted by the combination of real piano, vocals and synths. I started to compose “Trop Triste” with a really basic equipment. The Roland Juno 60 and a 4 tracks Cassette recorder, in a little cabanon in the bottom of the garden of my friends in Montreal.
To me, Montreal was so inspiring that I wrote nearly 20 songs with that unbelievable small home studio. Back in Brussels, I played my demos to Marc Moulin and he loved the project. Together with him and Dan Lacksman, we developed it with many other keyboards such as the Korg MS20, the Minimoog,the Linndrum, OBX, Prophet 5 and even the Fairlight who just appeared at the time. It was good fun to play it all live as the midi system was only arriving with the Atari .

This LP turned out to be highly sought after: how can you explain that? Do you know how many copies were originally pressed?

In my memory, around 10.000 copies. But the thing is that so many people talked about it afterwards… I think that the interest of it could be sincerity, because I did it without any kind of pressure and with my own intuition.

Can you share with us any particular moments/highlights during the recording of this album?

I remember that we used to share the studio with Thomas Dolby, who was already famous and I think the Sparks were around as well.
During the breaks, we used to play football in the garden and one day, of course, the ball would go in the neighbours garden.
Thomas would ring the bell and asked for his ball with his strong british accent, and the old lady who didn’t know anything about music told him: “never again, boy!”. I have lots of great memories of the sessions at Synsound studios. One day, because the minimoog couldn’t keep in tune for some reasons, I tried to play the bass line of “Dans l’eau de Nice” with my little Korg MS20. The sound was a little thin but the texture sounded great for us, so we decide to play every bass line of the album with it and to work on the EQ of it. This bass sound is quite unique mainly because it wasn’t made for that ! 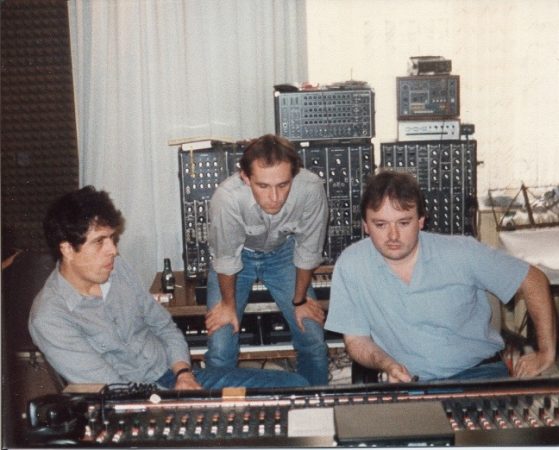 In studio with Marc Moulin and Dan Lacskman

Did it reach the charts and get any club airplay in European discos and radios back in time?

A lot of clubs in Belgium played the tracks, but I don’t think it was played anywhere else.

Can you tell us more on the track “Dans L’eau de Nice”? What was your inspiration for this song?

I was doing my first big trip with my old red 2CV Citroën from Liège (Belgium) to Nice. My aim was to meet the famous French singer Michel Fugain to ask his opinion on my demos and I did so. Once in Nice, me and my girlfriend would have a bath in the Mediterranean sea along the “la promenade des Anglais”. At the moment where we kissed sensually in that delicious warm water, a huge Boeing arrived for landing at the airport which is along the sea. We really thought it was our last minut as it was nearly touching the water.

Back in Liège, my 2cv died and I wrote that song relating all the little trips we made with it. Londres, Marseille,Brussels,Tyrol, Ostende,…. 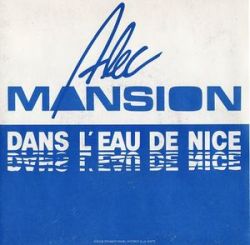 “Dans L’eau de Nice” was released on a 7inch format and is a nightmare to find!

Are there any unreleased material that couldn’t be included in the LP? The year ’83 is one the most appreciated by boogie lovers, especially because of the perfect combination between soulful voices and funky bass lines: did you think about releasing some kind of sequel to this album?

Even if I didn’t have any copy of the album until now, I kept every cassette and demo of the time. I have a few songs and demo that were on their way, some finished some not, and I should don an archelogogic mission to put them together. I’m open to do it but the quality could be variable.

Can you explain the artwork of the album ? Why are you walking on a roof by night ? Does it have a specific meaning?

I’ve always been fascinated by the roofs of Paris, the Aristocats of Disney, Mary Poppins, Chaplin and Fred Astaire. I had the idea of a picture made in aerograph to look “cartoon”. As this album was risky in terms of mixing french lyrics with boogie funk, I wanted to appear happy in a quite dangerous situation. The cats and the night light show the atmosphere of the songs: dark but full of hope.

What is your vision of the music industry during the early 80’s?

I didn’t think in terms of music industry at the time…I was only interested to write songs and my producers would follow the business part of it.But to answer your question, I would say that it was an exciting period, where nearly everything was to be discovered. The feeling I had with the new keyboards and synths that were appearing was that we felt like the master of the universe (joke!)

And now: what are you current and forthcoming projects?

I’m just finishing the shooting of a French movie called Stars 80 la suite. It ‘s the second film on the subject and I play my own character with different singers from that period. My studio project is a new album recorded in Brazil 2 months ago with 10 original songs.
Recorded with real good Brasilian musicians over there, I’m now busy creating textures in programming sequences and atmospheres on the top of the organic material.

Many thanks Alec for taking the time to run this interview with us! 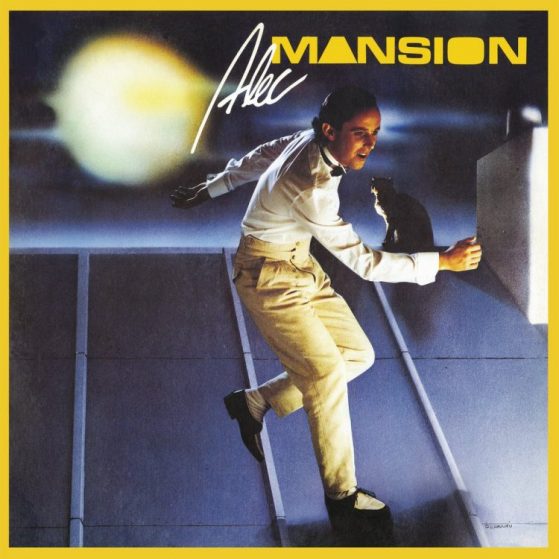 We would like to remind everyone that this fantastic album has finally been reissued by our friends from Be With Records on a limited edition (1’000 copies) so don’t sleep on it!