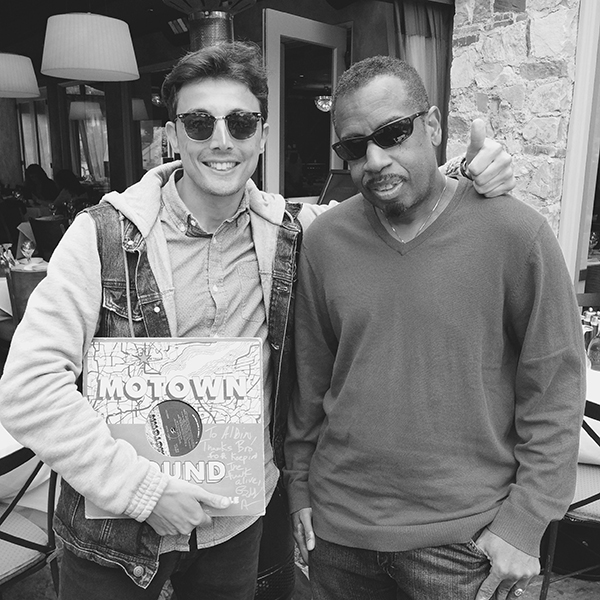 After several years of email exchanges with 80’s Funk legend Bobby Nunn, the Boogie80 team finally got the chance to meet him in California for a face to face interview. We are very glad to be able to share this interview with you and hope you will like it.

The below interview is a transcription of the original audio interview. Some parts were not transcribed into written form. We suggest you to listen to the full-length audio file (see links at the bottom).

BOOGIE80: Can you tell us more about your background, where you come from, when did you start making music?

BOBBY: It all began in Buffalo, New York where I was born and raised. I started taking piano lessons when I was 6 or 7 years old. I kinda had a liking for the keyboard so my parents forced me to take piano lessons, which was a nightmare! I didn’t want to do it! During my teen years, I became more serious about it. My father built a recording studio in the basement and we’d go down there and record every day. It kept us out of trouble. The neighborhood kids came there too and we started recording songs. Me and a friend who lived across the street (Gene Coplin) started a singing duo. We made several records with the help of my father. We sold them on my father’s record label (MoDo). For more information on Bob & Gene, click here.

BOOGIE80: How did you make it to sign with Motown?

BOBBY: My first contact was with Philip bailey (Earth Wind & Fire) in 1976. My brother Billy met him in a music store and introduced himself to him. Billy gave him a tape with some demos I recorded in Buffalo. Philip called me and we started talking back and forth. He even came to my house after a EWF concert in Buffalo to hear the band in person. Can you imagine?, I picked Philip up in back of the old Memorial Auditorium in my old Mustang, drove him to my place and we played for him. It was probably 2 o’clock in the morning.

During that time I met Rick James. Not long after, we started working with him. We rehearsed for about two weeks and then went in the studio where we cut most of the songs on Rick’s first two albums (Come Get It, 1978, Bustin’ Out Of L Seven, 1979). “You and I” and all that stuff were songs recorded by my band in Buffalo. 6 months after that, I moved to L.A to work with Philip. We did an album called Splendor released on Columbia Records in 1979. In 1981, somebody introduced me to Iris Gordy. As I worked with Rick James, people at Motown knew who I was. At this time, the management at Motown changed so I almost didn’t get the deal. I was pretty lucky because there was 16 contracts on the table that were supposed to be reviewed and they only signed two new artists and I was one of them!

BOOGIE80: The major single of the Second To Nunn album was obviously “She’s Just A Groupie” can you tell more about it?

BOBBY: Yes. I did “American Bandstand”, toured around and did a bunch of cool things… It wasn’t crazy big but it was considered a hit.

BOOGIE80: Another track highly appreciated by 80’s Boogie lovers was “Sexy Sassy” and was released at the time as a promo 12’ single with The Mary Jane Girls “Candy Man” on the flip side

BOBBY: Yeah. Most of the songs I wrote on this album were recorded in a studio in L.A by me alone. I did almost all the playing, all the singing, My Motown albums are pretty much all me. On “Second to Nunn”, there is a real drummer and a horn section playing. When I first wrote “She’s Just a Groupie” and some of the other ones, I used Drumdrops on the demos. It was like a vinyl record with drum beats on it so you could write to it. We used to just record the drums and put stuff on top of it when I couldn’t get a drummer.

BOOGIE80: Can you tell us more about the instruments you use to do this album?

BOBBY: A lot of Moog! A lot of the songs were done with just a Micromoog. At the time, that’s all I had when I was recording at home. The bass, all the little horn sounds and parts were played one at a time. For the vocals, we did the same thing. I also used a Fender Rhodes and Arp and Oberhiem synths on some things.

BOOGIE80: A year after came out your second album Private Party, with “Private Party” was the biggest single along with “Hangin’ Out At The Mall” (Feat. Tata Vega) and “Don’t Knock It (Until You Try It)”, can you tell us more on this album?

BOBBY: “Don’t Knock It (Until You Try It)” was only released for the UK market. It was actually a last minute song, the last song we did for that album. “Do You Look That Good In The Morning” was recorded earlier on, this song was kinda deep, a lot of people didn’t get it but I enjoyed doing it!

BOOGIE80: What is your favorite track?

BOBBY: That’s a good question! I would say “She’s Just A Groupie” on the first LP which was later used by Snoop Dog in his 1996, 2.5 million selling Doggfather LP for the hook on the song “Groupie” (check out audio file for more info).

BOOGIE80: During your Motown years, did you get to meet some famous artists, do you a special story to share with us about that?

BOBBY: I was actually supposed to do the Motown25 show but I got bumped at the last minute for HIGH ENERGY (Watch the performance here). At that time, there were a lot of great artists on the label and I knew pretty much everybody. Later, I worked on a project with Berry Gordy for the Alfie Silas album That Look where I wrote the track “That Look” released in 1985.

To learn more on this project, check out the audio version (Starts at: 15min16 ) 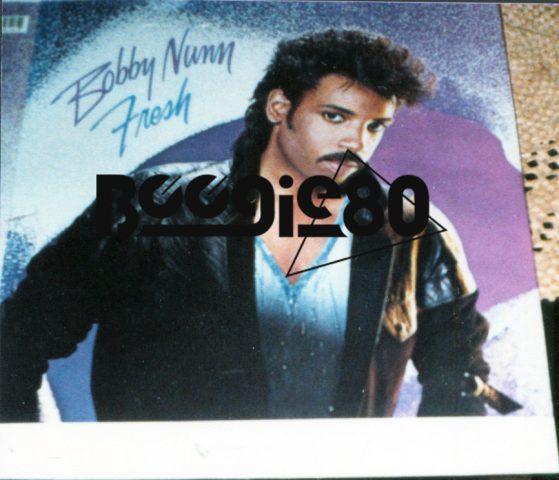 BOOGIE80: What was your major musical influence at the time?

BOBBY: At the time, it was all about Prince but also Earth wind & Fire was a big influence obviously. Rick James had a sound that was pretty much the sound of my band. At the time when I was growing up in Buffalo, I never met Rick. I met him later when he came to record some new stuff in Buffalo and somebody introduced him to me. I was the record guy in Buffalo so whenever someone came here with a record, I wanted to know about it. I was recording in this studio named “Crosseyed Bear” located in Clarence, N.Y. outside of Buffalo. I asked Rick to come and check out the studio. I took him there and he loved the place. That’s where we recorded the songs with him. When we started working with Rick, his stuff was not FUNK, he was almost like rock… like Lenny Kravitz. He did not have that style we know him for but when we recorded that song “You and I” something clicked and it turned into this funk thing!

BOOGIE80: At the time, did you pay attention to the other artists/bands that were doing that similar kind of music on other labels? Do you still like this kind of music that we refer as 80’s Funk/Boogie?

BOBBY: Absolutely. I still listen to it and I think it is important to keep it alive. What you guys do for Boogie80 is very important. I got this project I call “ALIVE” where I try to get new music from these artists that are still here. I mean the artists you named in the 80’s… Wouldn’t it be cool to have them going into the studio and cut some new tracks?!! Singles by different artists sold as compilations.

BOOGIE80: Do you still play and record music?

BOBBY: Yes sometimes but not for a living. I’m working with some younger artists but I’m mainly in the licensing business.

BOOGIE80: Can you tell us more about this licensing business you are now involved in?

BOBBY: My company is BRANJi. We call it “A Creative Wonderland” We work in any area of media including licensing music, videos, marketing…anything related to creativity. If you need songs, jingles, visuals, graphics, websites… We can do whatever you need. Most of our work so far hasn’t been “showbiz” stuff. We have done some televisions ads, corporate presentations for companies, etc.

BOBBY: The biggest record I ever had was “Rocket 2U”, for “The Jets” “Magic” album released in 1987. I wrote and produced it.  After I left Motown, I was writing songs with getting another record deal for myself in mind. I wrote a group of songs and one of them was “Rocket 2U”. It was originally supposed to be recorded by Earth Wind & Fire. In the mean time, I was talking to Bobby Brown in a studio in Hollywood. He was about to release his first solo album. Bobby introduced me to Louil Silas jr from MCA Records and we went to one of the empty rooms where I played him my demos. He really liked the song “Rocket 2U” and wanted to use it for “The Jets”. I was committed to Earth Wind & Fire doing the song but it was taking a very long time for them to start recording it. After a while, Philip Bailey, who was a good friend of mine, told me it was ok to go ahead with the Jets. I decided to record The Jets on the track. I had 100% of the publishing. I wrote and produced it by myself. I made a lot of money!

To listen to the full length interview check the audio files below: