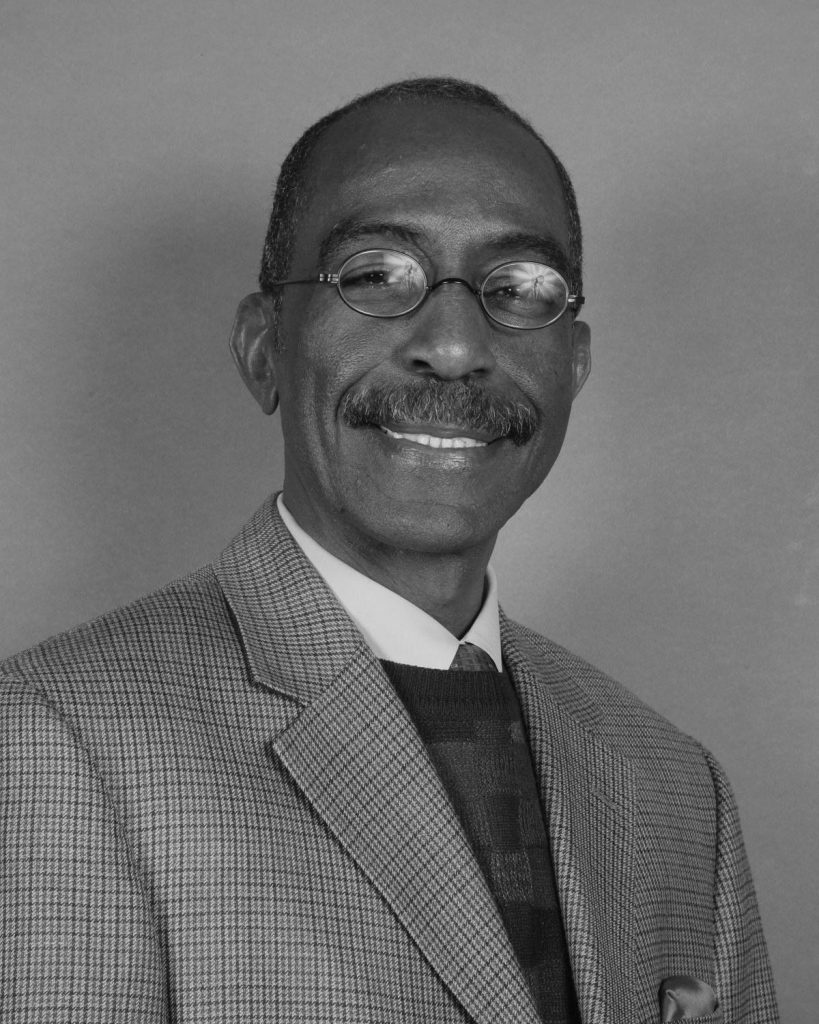 Albin: Hello Terry. First of all I would like to thank you for accepting to run this interview. Could you introduce yourself to those who don’t know you yet ? Let us know more about your career and your involvement in the 80’s Funk music scene.

Terry: I was born and raised in New York City (The Big Apple), and grew up mainly in Queens, New York.  In 1976, I moved with my family to Los Angeles where my brother, Elliott  had already lived for a few years prior, in SANTA MONICA, CA.  Around this time, my brother was the sound engineer for a funk group called, “FREE LIFE” that was produced by Phillip Bailey (lead vocalist for Earth, Wind & Fire).  FREE LIFE was an outstanding live band who recorded an album by the same name for EPIC Records.  Their album had moderate success, but contained numerous hit songs.  Among their best was, “I’ll Keep a light in my Window,” ;and the smooth ballad, “Wish you were hear.”

FREE LIFE was blessed to have several excellent lead vocalist including Julius Carey, Winston Ford, and Diane Reeves.  Diane subsequently went on to become an internationally renown Grammy-winning jazz vocalist  Winston Ford is best known for his lead vocals (I can dream about you!) for the 1984 film, “STREETS OF FIRE,” which was written and subsequently release by Dan Hartman.

My experience hanging out with my brother and Winston Ford inspired me to try my hand at songwriting and producing.  I became a lifetime member of the Los Angeles Songwriters Showcase, and would regularly attend their meetings where you could hear the best works of up and coming hit song writers like, Dian Warren.  I became good friends with Len Chandler and John Braheny who founded the L.A. Songwriters Showcase, and did computer programming to develop and maintain their membership list, as a side hustle to earn my lifetime membership.  Both John and Len are LEGENDS in the L.A. songwriting arena!

So, around 1980, I purchased a TEAC 80-8 recorder, mixer, and lots of keyboards and other equipment, and converted the den in my home into a small studio where my brother and I stared our production company, APPLE BROTHERS MUSC.  We recorded many demos in my studio by some really excellent bands and solo artist, most of which were never released by major labels.  However, we did have some modest CLUB success with our own materials that we recorded under the name, BANTU.  We released two maxi-singles.  The first of which was in 1984 with, “I been checkin’ you out,” b/w  “Don’t you just kick back” .  Our second release by BANTU was, “Babylon Warriors.”   On both these APPLE BROTHERS releases, Stan “The Guitar Man” Jones can be heard laying down some funky rhythm guitar riffs.  Stan went on to become a member of the funk band, FINESSE, which I will come back to in a minute.  Perhaps most notably, STAN “The Guitar Man” Jones also was the first guitarist for NWA, EASY-E, Coolio, THE DOC, and many other Compton, CA based rappers who created what is known as “gangster rap.”

My associate with Stand “The Guitar Man” Jones was before his days with NWA.  Me and Stan hung out together almost every day working on grooves in my home studio, and going to other recording sessions all over Los Angeles.  Often we worked with another killer guitar player, Bennie “Bendrix” Williams who did a lot of work with the late, Teena Marie, and co-wrote many songs with Teena Marie including: “Lips to Find You,”  “Help Youngblood to get to the Freaky Party,”  (GOOGLE Teena Marie and Bendrix).  Although BENDRIX did not lay tracks on the BANTU recordings, he  co-wrote “I been checkin’ you out” and “Don’t you just kick back,”  and we spent MANY hours in the studio trying to find and develop our sound.  Like Stan “The Guitar Man” me and BENDRIX hung out all the time.  These two guys could REALLY play the guitars.  They were like part of my family.  So, this was my “CREW.”  Me. my brother, Stan, and BENDRIX.

Albin: You told me you managed the band FINESSE back in 1984 during their Budweiser Showdown competition and their relationship with Mercury Records. Could you tell us more about this band and collaboration ?

Terry:  Yes, I did manage FINESSE during their successful Budweiser Showdown competition.  Of course, I have already explained my connection to Stan “The Guitar Man” Jones, so it was Stan who asked my to assist the band.  I really didn’t know the other guys in FINESSE at the time, but we were all cool.  I first heard the band at the Budweiser Showdown finals in Los Angeles, where they played their killer song, “The Wizard,” which was eventually release on the radio station KJLH label as part of the Budweiser Showdown deal.  Shortly after the L.A. gig that won the showdown, the band went into the studio to record, “I can’t help myself,” which was released on Mercury Records.  Basically, I interacted with the record company to get promotional copies, set up interviews for the gout and made promotional appearances with them.  After their single was released, I traveled with FINESSE to Chicago for their live performance at the Showdown.  By this time, the group was down to three members from the eight that won the competition.  I never knew what happened, but this is a fact.  So, in Chicago, we made the rounds to local radio stations, and we taped the T.V. show that was hosted by the late great, Lou Rawls (Mr. Budweiser) and the beautiful Jane Kennedy.  If you ever get a copy of that T.V. broadcast, you will see Stan “The Guitar Man” Jones”, Charles the bass player, the lead vocalist, me on drums, and my brother “playing” keyboards.  We actually lip-synced to the tracks, and the band, FINESSE never played live again.

The music and recording industry is a tough field to enter.  However, for creative people, there is always a way to get your stuff out.  The advancement in technology has made production even more accessible.  During this “adventure” that I have described, I learned quite a lot about music publishing, recording engineering, production, band management, and how to get a record made.  Although we APPLE BROTHERS is not known in every household, we had lots of fun, worked with some incredible artists, and even made a little cash along the way.

Albin : As a songwriter and producer in the 80’s, what were your musical influences at the time ?

Terry: As a songwriter and producer in the 80’s, what were your musical influences at the time ? – Well, my taste for music goes back to BIG BAND such as Glen Miller, Tommy Dorsey of the 1940; and embraces contemporary music from the 1960 and beyond.  Growing up in New York during the 1960s and 1970s, of course the MOTWON sound was major.  Artists such as Smokie Robinson, Stevie Wonder, Marvin Gaye, the TEMPTATIONS, the FOUR TOPS.  However, my real musical passion is LATIN MUSIC.  Today, it is called, “SALSA.”  But back in the day, it was just BILAR!  Artists such as Eddie and Charlie Palrmeri, the FANYA ALL-STARS, Tito Puente, Celia Cruz, La Lupe, and others.  LATIN MUSIC had a MAJOR presence in New York, especially in the 1970s-1980s.   So, I would say the I am most influenced by LATIN MUSIC, with a heavy dose of MOTOWN.  During the 1980s in particular, of course there was Michael Jackson, Earth, Wind & Fire, Prince, DAZZ BAND, Major Harris, the O’JAYS, TIna Turner, Hall & Oates, Eddie Grant.  One of my most favorite artists of the 1980s was Evelyn “Champaign: King (Betcha She don’t Love You,” and “Love Come Down”).

Terry: In 1990, I decided to move my life in a different direction.  So, I abandoned my interest in the MUSIC BUSINEES, and decided to return to school for further my education.  I enrolled into the University of Southern California (USC) to complete a MASTERS and Doctorate in Sociology; and earned my PhD in 1996.  My wife and I then moved to GAINESVILLE, Florida, where I was a professor at the University of FLorida from 1996-2007.  In 2007, we relocated to ATLANTA, GA, where I became DEAN FOR HUMANITIES & SOCIAL SCIENCES at Morehouse College (alma mater of Dr. Martin Luther King, Jr, Spike Lee, Samuel L. Jackson, and many other noted persons).  Currently, I am the Dean for Research & Sponsored Programs at Morehouse College.  Even though I stepped away from the MUSIC BUSINESS in the 1990s, my creative interests still have an outlet.  Check our the New Morehouse College FILM STUDIES program that I developed called the, Cinema, Television & Emerging MEdia Studies Program (CTEMS) .