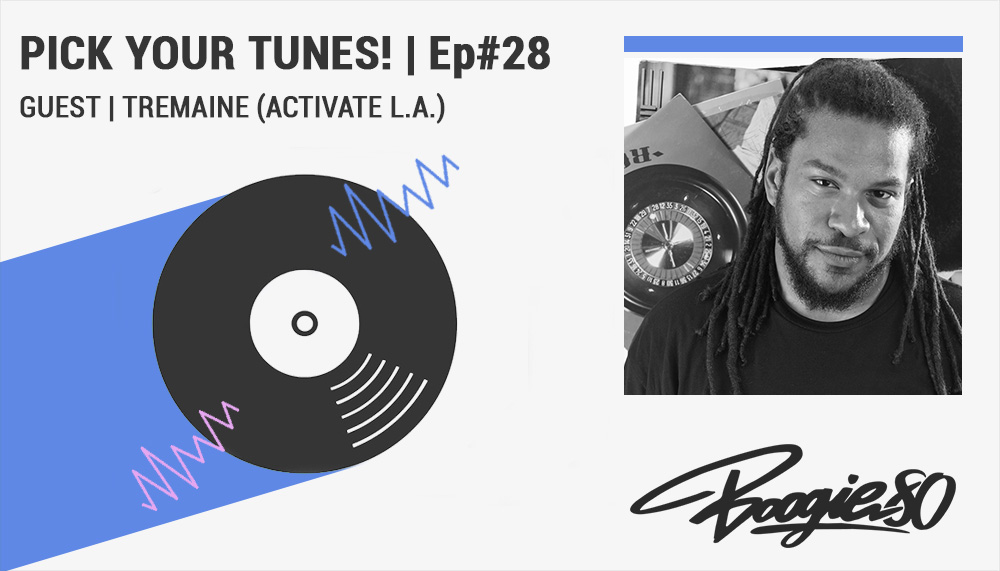 A southern California transplant by way of Seattle, music has long been the first language of this peculiar personality. Initially inappropriately touched by the boogie that emanated from the now legendary gathering known as Funkmosphere a decade ago; things would never be the same. Mind blowing sounds combined with the otherworldly movements, inspired by said sounds, shed light on a potential possibility not often pondered: to be a dj. Thoughts & visions of synchronized syncopation due to synthesized sounds, a somber soliloquy to those who suffer from synesthesia. Encountering like-minded individuals, funk became the focus but not the final formation of what was to come. Becoming a unit of kindred spirits existing to enamor and enlighten eardrums, these individuals took up a mission. A mission with one overall purpose: to ACTIVATE LA!

A song that I initially scoffed at because it just sounded like the bassist was practicing scales. Then the hook slapped any semblance of disrespect out of me, and I opened my eyes to the truth: this may very well be one of the funkiest songs to be committed to tape. Steve fell into every groove, pocket, and or vibe that the track provided. A synth xylophone solo? Absolutely! The simplicity becomes hypnotizing. The chorus only appears twice, being extended the 2nd time. This creates an addictive listening practice, twice isn’t enough. I need more. Before I know it, I’ve repeated the song 3 or 4 times. Steve knows how to dispense his audio dope. Plus, there’s a guy in the music video with nunchucks, which always garner extra points in my book.

A guitar virtuoso that slid into boogie, Takanaka struck gold on this b-side. Lamenting over heartbreak, likening his pain to a ‘crying guitar’; you can still feel the sun shining on you through all of his hurt. Crashing waves and seagulls are rightfully part of the arrangement. A nice contrast of somber lyrics with a buoyant backing makes for an excellent composition. The unlikely combination makes me feel Takanaka took Amuzement Parks suggestion to ‘groove your blues away’ to heart. An infectious mix of melancholy madness.

When Leon Sylvers the III is at the helm, you just sit back and enjoy the ride. Joyce’s vocal performance is to the point that it seems effortless. Sets a nice ‘suggestive’ mood.

An ’07 funkmosphere staple. Hearing this always transports me back to that small space with the red glow. Great memories. Magic by Side-on is a close runner up.