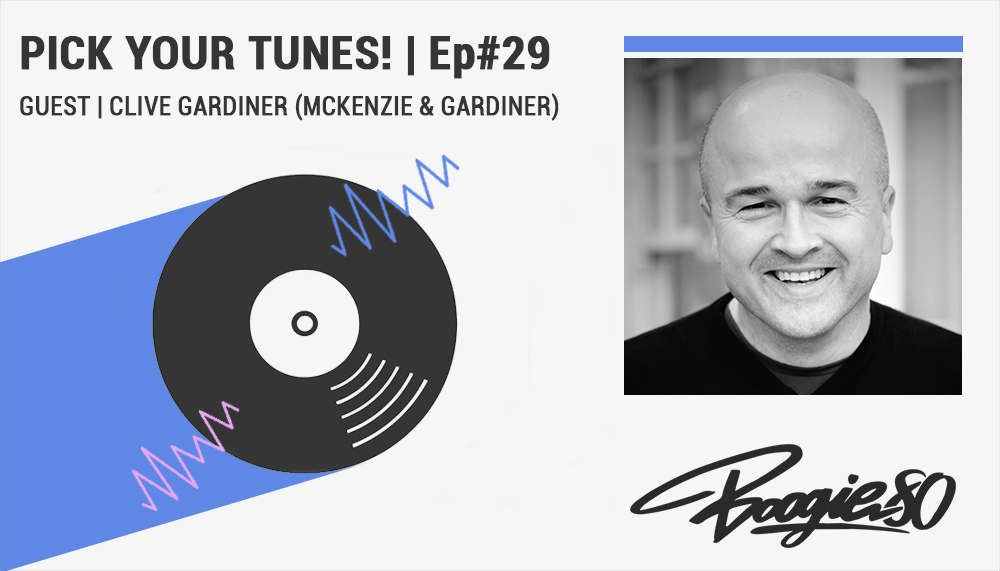 Clive Gardiner is a musician/songwriter/producer, former DJ, playlister and soul/funk aficionado from Southall, West London best-known for being part of OG Rare Groove duo MCKENZIE & GARDINER. Their 1983 12” single “FROM TIME” became a sought-after slice of 80’s Boogie many years later, and it was re-pressed in 2011 by Boogie Time Records. The popularity of “FROM TIME” was a surprise for Clive and his lifelong friend Earl McKenzie. “In 2005, Ed Ruiter of Danceclassics emailed me asking for an interview. He explained the original 12” was trading for high prices – up to US$200 – and he wanted to learn more about the song and our story for his website (now closed). We were delighted and humbled that people remembered our single many years later. Several collectors and music fans contacted me online asking if we had made any other songs. Yes we did, but these were unfinished demos. Were they good enough to release ? I uploaded some onto Soundcloud as a test, and the reaction was positive. So I worked with Tony Massera to carefully remaster, and formed my own label Headstretch Records to release a 12-track digital album SONGS FROM TIME – THE LOST DEMOS in 2013 distributed by State51. In 2014, an 8-track vinyl version was released by Saph Records which sold out straight away.” Clive wrote, played and produced another Britfunk single “COMPLETELY” by MICK MULLANE in 1988 before spending many years working in the music industry for BMG Music in Asia Pacific and for UK streaming pioneer WE7 which was bought by Tesco. Clive and Earl are active again musically, and plan to release new MCKENZIE & GARDINER songs in 2020. Get on with it Gents !!!!

One of my all-time faves from artist/producer heroes of mine. This was so far ahead of its time it still sounds fresh today. The perfect combination of tech meets soul. Play it loud on repeat and drive fast. You’ll hear something new every time. I play my The System Mixtape to death !

Silky Smooth Sophisticated Soul produced by the talented Paul Laurence. Inspired by him and Kashif and their writing and arrangements, I wrote to Hush Productions with a demo. To my amazement, a Hush exec called Zach Vaz contacted me when visiting London to give me personal feedback and advice. It meant such a lot for a young beginner from London that someone from such a prestigious company would take the time to do that. This track has all the Lillo trademarks – I love the lush vocal textures, engaging chord changes and driving bass. Total class. Great to see Lillo and Paul are back making music in 2020.

I used to make ballad mixtapes for my friends and for house parties, so to choose just one song for romancing is near impossible. I’ll go with this little known midtempo gem from John Kenneth Williams aka Mikki Bleu. It’s the only single he released as Jonnie Baby, and I fell in love with it from first listen. It was hard to find and I remember searching US import stores across London. I finally tracked it down and travelled for 2 hours to grab the last copy. I still have this treasure.

This is a monsta which I’ve played out forever ! Guaranteed to floorfill. The bigger the speakers the better it sounds ! Maybe the best Slave/Steve Arrington tribute ?! The bass is sublime, the synth gets under your skin, the unique vocal is distinctive, the mix is seductive – one listen is never enough !

Cameo are Funk Royalty and this groove anthem from their debut album is magnificent and irresistible ! Hearing this and watching The Commodores and Average White band play live in the same year as schoolboys changed our lives forever !!! #BlesstheFunk