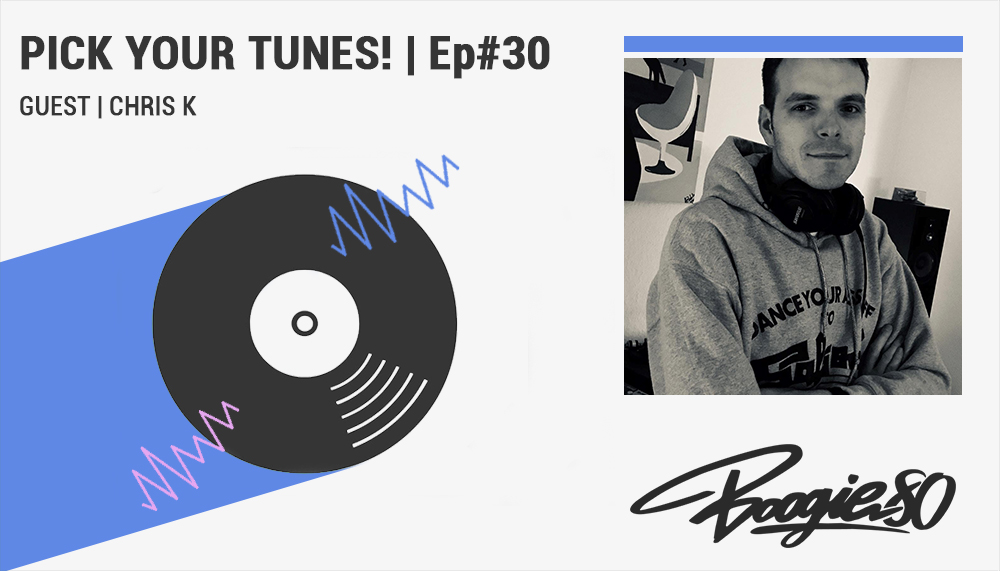 Chris K is a Soul & Funk lover from Cologne Germany, based in Zurich. His path to Soul & funk started in the 90s by recording Hip Hop tunes from US broadcasting stations with his tape deck. When Hip Hop became more and more popular and sound got worse, he started to investigate on the samples that were used to produce those good old school Hip Hop jamz. So he discovered bands like the Isley Brothers or One Way. Owning these records became an obsession. After finishing his studies, Chris moved to Vienna and started mixing with a friend that had the same musical influence. Later on, his profesional career brought him to Lausanne (CH) and now Zurich, where he is establishing himself, with his knowledge for Mellow Soul Sound from the late 70s and early 80s. Along with 2 friends, he is running two party series named Fruity loops ( w GREG from Lausanne) which is more Brazil sound influenced and Raw Jamz (w Blaster B from Lausanne) which is more focusing on 80s Funk dancefloor fillers.

As I am also into old Japanese cars, this one is perfect to the engine, feeling my nice and sporty 1977 Toyota Celica accelerating and on the other hand getting something authentic out of the speakers. Even if I do not speak Japanese it’s giving me the perfect ride. “Plastic Love” is a typical Japanese production of that time – super clean and to the point sounding like a solid US production.

This song is bringing the sunshine to your living room, car, office, wherever you are. Perfect to spinwith my protable vestax handytrax close to the lakeside to support the beach feeling.

There are plenty of gems I could pick but with age, I’m getting more and more into smooth soul funk tunes. But this one is giving me a perfect mood having a glass of wine and to get closer. Beat and vocals create this perfect harmony.

A typical 80s club jam, that is directly animating to get your ass on the dancefloor, heavily influenced by P-funk of the late 70s combined with the mixing skills of Nick Martinelli, who was responsible for a lot of successful Discofunk & RnB acts in the early 80s such as Loose ends & Fat Larrys Band to name a few.

An AOR classic ! This song was sampled by Warren G’s  for the track “Regulate”, the perfect link between oldschool hip hop and this soulful vibe I like to keep for my sets. In addition, its reminding me my teenage years, when I thought that Warren G invented an incredible G Funk Classic without knowing that this tune transferred already 15 years earlier the CALI spirit to the world.