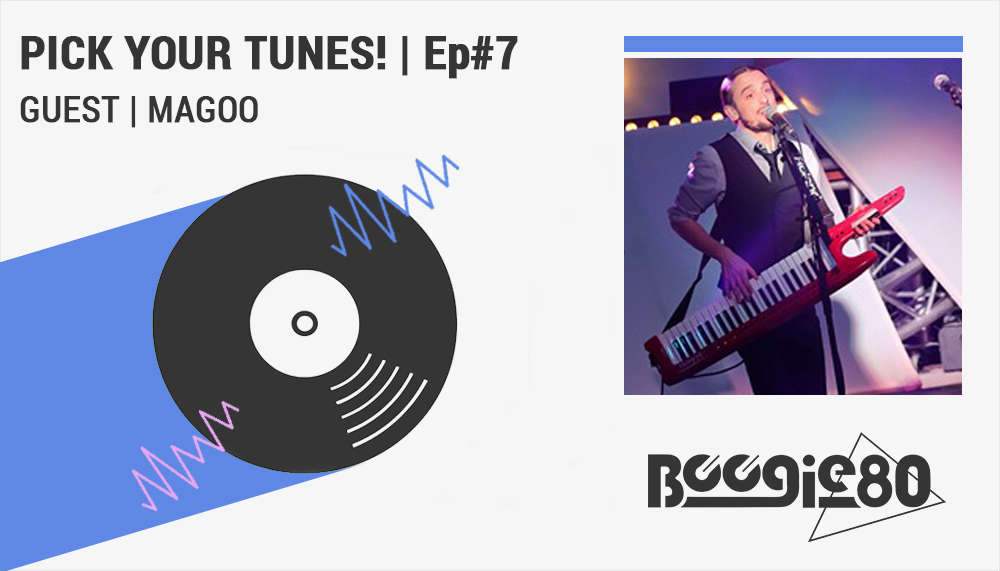 Philippe BOUTHEMY  known as MAGOO is a singer/songwriter inspired by American black music (SouL, R&b and above all Funk), and more particularly the sound of e 80’s that he particulary likes.

Then, he became the singer of a Funk band.

“We performed in pubs in our local area. These were my beginnings as a singer, and it is at this time that I really found my style. Until then I was a simple musician often hidden behind my roots. I moved to the front of the scene and I immediately loved it, then I discovered the feelings which the song aroused in me, which was a turning point. Finally, I started to compose, initially by seeking a little bit of me, in various styles, then gradually I moved naturally towards what I preferred, Funk from my childhood!”

It’s always so hard to choose only one song, because it depends on my mood so much. But this one came first in mind. I used to drive back home at night every week end (and every night during the summer) after my gigs , sometimes totally exhausted, and this song helped me to stay awake many times!

I love the atmosphere, perfect for a night cruising. The associations between the singer Mayer Hawthorne and Oliver (Vaughn Oliver and Oliver Goldstein, two amazing beatmakers and remixers) matches perfectly. By the way, the sound quality is amazing, as all the Oliver’s productions.

2. What’s your favorite tune to chill?

I like old electronic music as Klaus Schultz, Tangerine Dream, Jean Jacques Perrey… It helps me to clear my mind after having spent several hours practicing piano or composing songs. Suzanne Ciani is a synthesizers wizard and one of the electronic music pioneers. I could choose any other track of her “Seven Waves” album, which this tune come from. She brings some sensuality and feminity into a kind music which often sounds cold.

3. What’s your favorite tune for a romantic evening?

One of my favorite slow jams. Still hard to make a choice, but this one sounds great. Maybe for some people it will sound cheesy, is romanticism old fashionned today? It seems that types of slow songs doesn’t exist anymore and I regret it.

One of my fav from the last Cerrone album. A collaboration between Cerrone, Skalp, Dabeull and Kezsia whitch matches perfectly. Funky synths riffs lead the track. This song makes me lose my mind!

Written by the great Rod Temperton. When I’m listening to this jam I’m an 7 years old child on summer holidays. This one brings me back to my childhood more than the others from the Thriller album. I used to listen this album with my brother and my sister. It was our “summer soundtrack” (in 1983 or 84 I guess..), but I remember I listened to this song when I was on my own, during the evenings, until the last hearable note into the fade out! Much later I could appreciate the interpretation of all those amazing muscians (Paul Jackson, David Paich, Louis Johnson, Jeff Porcaro etc…) and Michael Jackson’s vocal performance which is admirable too.