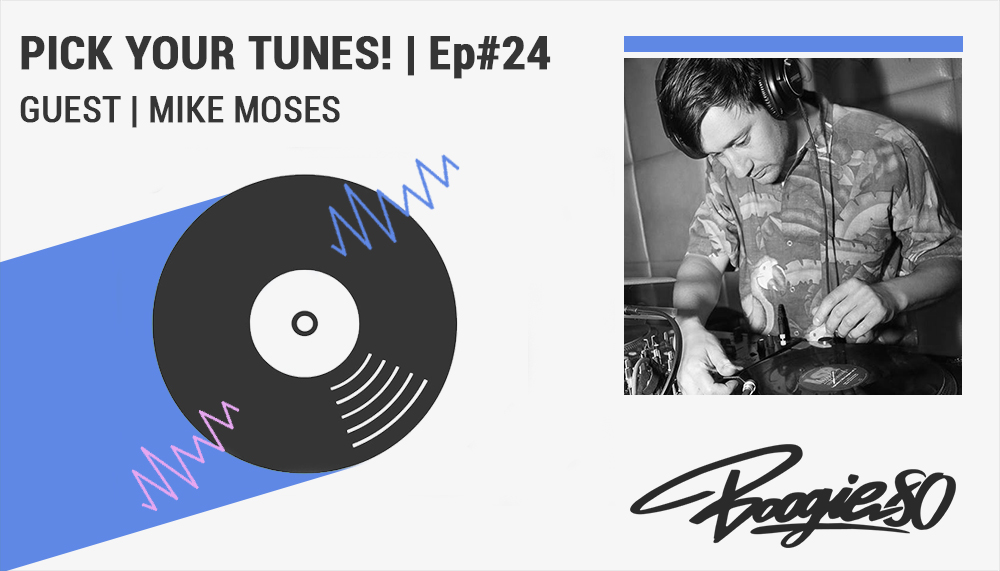 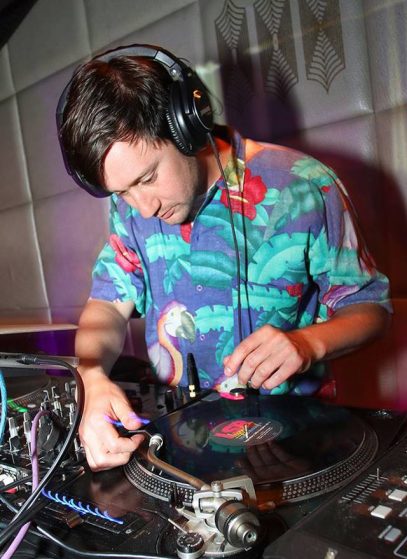 Mike Moses is a Denver based DJ, promoter, and record collector, playing all vinyl sets packed with 70s/80s Funk, Soul, Boogie, Disco, Modern Funk and the like. Host and creator of On The One: Denver, a DJ night inspired by the sounds and style of this music.

His Dj career began in 2008. Since then, he has opened for the likes of Holy Ghost, Pat Mahoney, Dam Funk, The Egyptian Lover and others. He has also hosted musical acts including Physic Mirrors and The APX. You can catch him playing out at various venues throughout Denver and find his DJ mixes on Mixcloud and Soundcloud.

This guy is a true inspiration. If I was any good at playing music, I would try to make it sound like this. His music makes you feel like you’re in another dimension. And that’s what I want sometimes. Perfect for a nice cruise.

J Dilla really opened my eyes up to music in a new way. His beats are both hard and soft at the same time, making them perfect in any situation. Especially if your looking to chill. This song also reminds me of a time in my life when I really started getting into funk music.

I remember more than one occasion getting laid to this album. Serious panty dropper. Nothing really more to say about it… beside for the fact that its one of the most recognizable hip hop samples in history.

Not since going to see hippie jam band shows in the 90s/2000s have a dance so hard. For my 24th birthday, I flew across the country to see them and ended up having a serious dance off with my heterosexual friend at a gay club. There is no other act out there that makes my body move like them.

A lot of my nostalgic memories relating to music have to do with going to Vermont in the winter to Snowboard. Most of the music that was associated with these trips were based in Rock. But I remember one trip when my dad put this on in the car ride up, and it blew my mind. It became a favorite among my close friends. This song was truly perfect and hilarious for the times.

Thibault Imbert aka Boogie Wax has been collecting Funk & Soul records for the past 20 years. Originally from France, Thibault now lives in sunny San Francisco and shares his passion for the boogie on Instagram  where he’s posting a 1 minute video featuring a Boogie Wax favorite with information about the the artist, the song and other related anecdotes and funky stories. Make sure to follow him to keep up your boogie knowledge!

Another jewel from the English composer, Nicholas Dan Ingman. This is from his early work, released in 1973. Definitely not boogie, but library funk, one of my other favorite music style after boogie funk. I discovered this song by accident on YouTube (thank you recommendation engine!). I love this type of grooves, originally intended to be used for movie soundtracks, some of the best instrumental funk lies in these records. My second favorite (am I allowed?) in the same vein would probably be “My Favorite Things” from John Coltrane, we now go way back to 1961. These drums, this piano, that melody, so hypnotizing and so perfect in every way. I never started collecting Jazz for two reasons. First, the catalog is probably 10x the boogie funk one, second, I am not rich enough for collecting Jazz!!

Brian Bennett is an English drummer, pianist and composer that produced one of the funkiest track of all times in 1978 on his album Voyage (A Journey Into Discoid Funk) released in 1978. The 6min long track is an instrumental trip into a funk odyssey. Brian Bennett later released many gems on the famous library label, Bruton Music. This is the kind of song you can’t just have in the back playing, this is just plain disrespect 🙂 You put the headphones on, turn it up, you laid back, close your eyes and enjoy.

Oh my… It would be without any hesitation Teddy Pendergrass with “Come Go With Me”. So much class, such a voice. I recommend the live version from 1982 too that you can find on YouTube, the background singers are wonderful and Teddy’s live performance is at the top. I would guess a lot of babies were made over this song. Given the lyrics, this song is probably for the later part of the night

Wow, this is a hard one. So many, but I think I will go with Plush and “Free and Easy”, a cover of the original from René and Angela, the band that actually produced Plush. For years I thought that Plush was actually René and Angela themselves but under a different name because they were tied to Capitol and the Plush album was released on RCA, but no Plush, was actually a different band. I discovered this song through an old friend who had the single, two versions exist of this song, a 5min and a 8min version. The 5min one has the best catchy intro (imho) and I think the 8 min version is just way too long lol. The single is not too hard to find, but the Plush LP has always been scarce. good thing it got reissued in 2016.

I remember hearing this song as a kid from Jean-Michel Jarre on the French radio in the 90’s, this was if I recall correctly, the first electronic song that I really fell in love with. It took me so long to be able to record it when it was aired and later figure out who it was. The song was released in 1993, a period when Eurodance was at its all time high. At the same time on the radio you could hear Corona and “Rhythm Of The Night” and Eurodance classics with Snap!, Dr Alban and so on. Yes, if you were born in the early 80’s this should all sound familiar to you